How To Be Successful:… 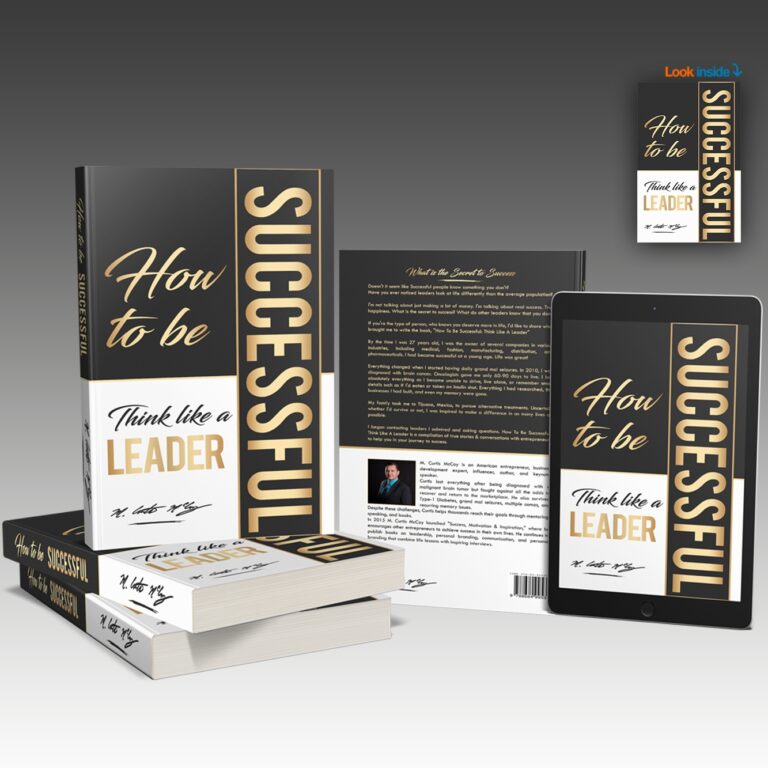 This non-fiction success book is a bestseller in the United States. It’s popular with entrepreneurs, church leaders, business owners, bookstagram influencers & celebrities. In this leadership book, M. Curtis McCoy interviews other leaders who share their insights on life, leadership & success! Get your copy now!

Have you ever noticed leaders look at life differently than the average person? Doesn’t it seem like successful people know something you don’t? What is the secret to success?

If you’re the type of person, who knows you deserve more in life, How To Be Successful: Think Like A Leader is a compilation of true stories & conversations with entrepreneurs to help you in your journey.

Authors of many popular leadership books and books on success have been criticized because they make their money by selling books, but not necessarily because they understand how to help you become successful.

By the time he was 27 years old, M. Curtis McCoy was the owner of several companies in various industries, including medical, fashion, manufacturing, distribution, and pharmaceuticals. He had become successful at a young age. Life was great!

Everything changed when Curtis received a terminal diagnosis and was given only months to live!

Develop winning habits to set yourself up for success. Get your copy of How To Be Successful & Think Like A Leader now!